The couple wanted to create an extension that “looked like it was meant to be there” but that also maximized the views available to them.

“We’re in a designated ‘Area of Outstanding Natural Beauty’ here, so it’s quite difficult to get planning permission,” explains Peter. “We spoke to an architect who we had previously used to develop a heritage centre at our local church. And he was very good at creating a design that the planners were happy to agree to at the first time of asking.”

For Ann and Peter, specifying fully glazed doors was a very important part of the design brief. “We wanted to maximize the view and bifolds seemed the obvious answer,” says Peter. “They also worked well with our architect’s idea of creating a glazed link in the area beside the new extension.”

The couple first spotted Centor Integrated Doors while visiting a national home show. Ann explains: “We saw lots of ‘flimsy’ doors and plenty of ‘perfectly adequate’ folding doors too, to be fair. But then we saw the Centor Doors – and they were clearly infinitely better than the others.” Peter continues: “They were more expensive too, of course, but well worth the extra cost! When you see them, it’s really clear that these doors are a top-quality product.”

He adds: “We loved the fact that with the Centor Doors, we could get a really good weather-proof aluminum outer frame and timber on the inside, which ties in really well with all the wood we have within the house already. But we were also very impressed with the integrated arrangement of the blind and the fly screen. 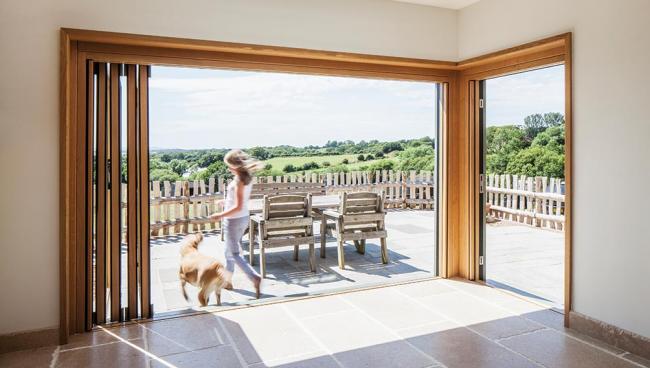 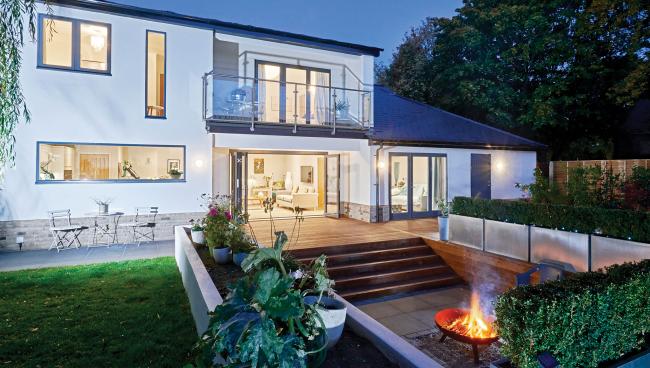 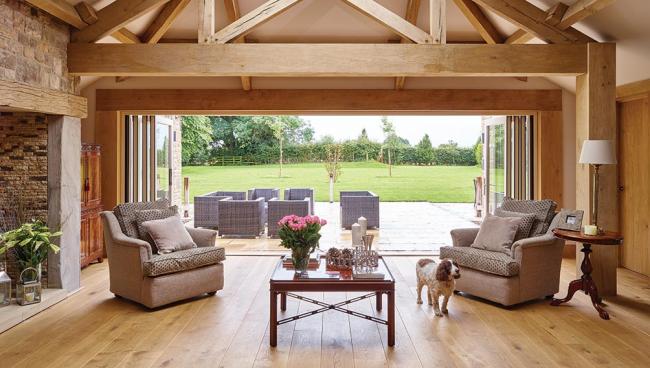 This barn conversion embodies a contemporary twist while keeping to strict planning restrictions.
view
Share Enjoying the view, whatever the weather on
Return to News